This is a text widget. The Text Widget allows you to add text or HTML to your sidebar. You can use a text widget to display text, links, images, HTML, or a combination of these. Edit them in the Widget section of the Customizer.

This is a hard post to write, because no one wants to admit they were truly disappointed with the gender of their child. Really, who wants to own up to feelings that aren’t anything but love to an unborn (or newborn) baby? There’s so much misunderstanding and just plain un-understanding (non-understanding?) about the pain of gender disappointment. It’s definitely not PC to say ‘I’m not happy with the six of my baby’- it’s apportioning blame to the baby for something very much out of their control.

Socially, one boy one girl is seen as the norm in the UK. ‘Oh, wow, one of each, I guess you’re done/you don’t need anymore’ is a common phrase I hear. ‘Oh, how lovely, one of each, a nice balance’. There’s less emphasis on a male heir now than there used to be and children of every type are wanted and loved. I mean, with many parents struggling with conceiving any child is a welcome gift and I know there are issues in other cultures with high abortion rates of girls, to the point some hospitals refuse to sex babies at scans. That, and it can occasionally be wrong (who hasn’t read a story if ‘we were told a girl and had a boy’) opening themselves up to litigation. Gender stereotypes and roles are slowly being broken here and neither sex is societally really favoured above another. A happy healthy baby. That’s what any mum should want right?

Wrong. It’s not what I wanted. I wanted a second child, I desperately wanted a second child. Whilst not long in most respects, it took long enough for me to become pregnant second time. I was so excited, I had all these visions of how it would be with two children so I eagerly awaited the 20 week scan date which happily was booked for my birthday. Off we went for coffee and then to the scan, excited to see baby. My 12 week scan was an epic disaster (another long story but I literally got to watch about 15 seconds of it) so I was really hoping that this would be better.

It was. A much nicer sonographer showed me all he was looking at, explaining bits of the scan. I held my husband’s hand in anticipation and excitement- this was our baby. I’m not good at waiting so we’d decided to find out what sex baby we were having. I would have liked to wait (and if I ever have a third which is highly unlikely I would) but my control freak nature wouldn’t let me. He asked if we wanted to know and we both nodded…for him to reply congratulations, it’s a boy.

My world crumbled. Until I heard those words I hadn’t realised how much I wanted a girl. How much I hadn’t considered this baby could actually be a boy. I struggled through the rest of the scan sniffling back my tears, struggling not to let them out then breaking down in dirty big sobs. I was so confused; this baby I had longed for and was kicking me merrily and rolling around inside, this baby I created and loved was a boy. There was nothing wrong with that, yet in my head there was. I hadn’t realised until that moment how much I wanted a girl.

We went out for lunch and try as I might, I couldn’t stop crying. Pregnancy hormones are bad on a good day, let alone one where you just can’t fathom why you’re upset. My husband tried but couldn’t understand what was upsetting me so and for a little bit angry. I wanted this baby, I had a baby, what was the problem?

I was honest about my feelings, and knew once he was born I would love him unconditionally. I knew I would, there was no question that I wouldn’t love my child. I just couldn’t shake the disappointment, the wretched disappointment he had XY chromosomes. Well meaning but intensely annoying people said things like ‘you’ll love him you know’ ‘boys are easier/more cuddly/insert characteristic here’ which I knew, and I knew I’d love him but I just had mother of girls on my head and I couldn’t shake it. I threw myself into buying clothes, crying when I saw stuff I wanted for a baby girl and grieving the imagined child that was no longer my future but with no real baby I couldn’t imagine what there would be. I lost count of the amount of shops I walked out of that I walked in, looked at the boys clothes, was totally uninspired, played devil’s advocate and looked at the girls and found loads I loved. I cried in supermarkets seeing siblings that were girls, jealousy raging through me. Some suggested to me it was fear of the unknown, I already had a girl and I am a girl, but it was deeper than that. I felt fate was punishing me because we already had a girl’s name but no boy’s. I couldn’t find one I loved but could find twenty girls names.

I muddled through, exited for my baby although the disappointment never really diminished. At 6 days overdue we went to the local garden centre to see the reindeer and Santa and keep me distracted from being overdue again. It wasn’t until there I saw a boy/girl pairing and felt ok with it. My midwife and I believe that’s what led me to go into labour that night- my mind accepted this was a boy and was finally happy, allowing my beautiful boy to be born.

I’d always been adamant I would love my child and I did. I do. Unconditionally as every parent can. He’s a proper character, a hair raisingly crazy cheeky chap. Out popped this boy with boy bits and no hair and a loud cry and blonde hair and blue eyes and I fell in love instantly, as I knew I would. That was never in doubt. The disappointment I felt he was a boy didn’t change that. I love both my children. The guilt vanished, because he was here and I loved him.

That said, I’m not going to hide the fact I wanted a girl as all to often I think people are too scared, too embarrassed, too guilty to admit this baby they want isn’t what they want. It’s ok to have a preference- we’re human. It’s ok to admit that to yourself and others. It’s normal and healthy. My visions of two girls have gone, now I see my family. The incredibly close brother/sister relationship my children have. The two children I have, the girl who’s a tomboy but in a dress and the boy who’s crazy and headstrong but much more cuddly. Because their sex doesn’t matter to me anymore, their happiness does. 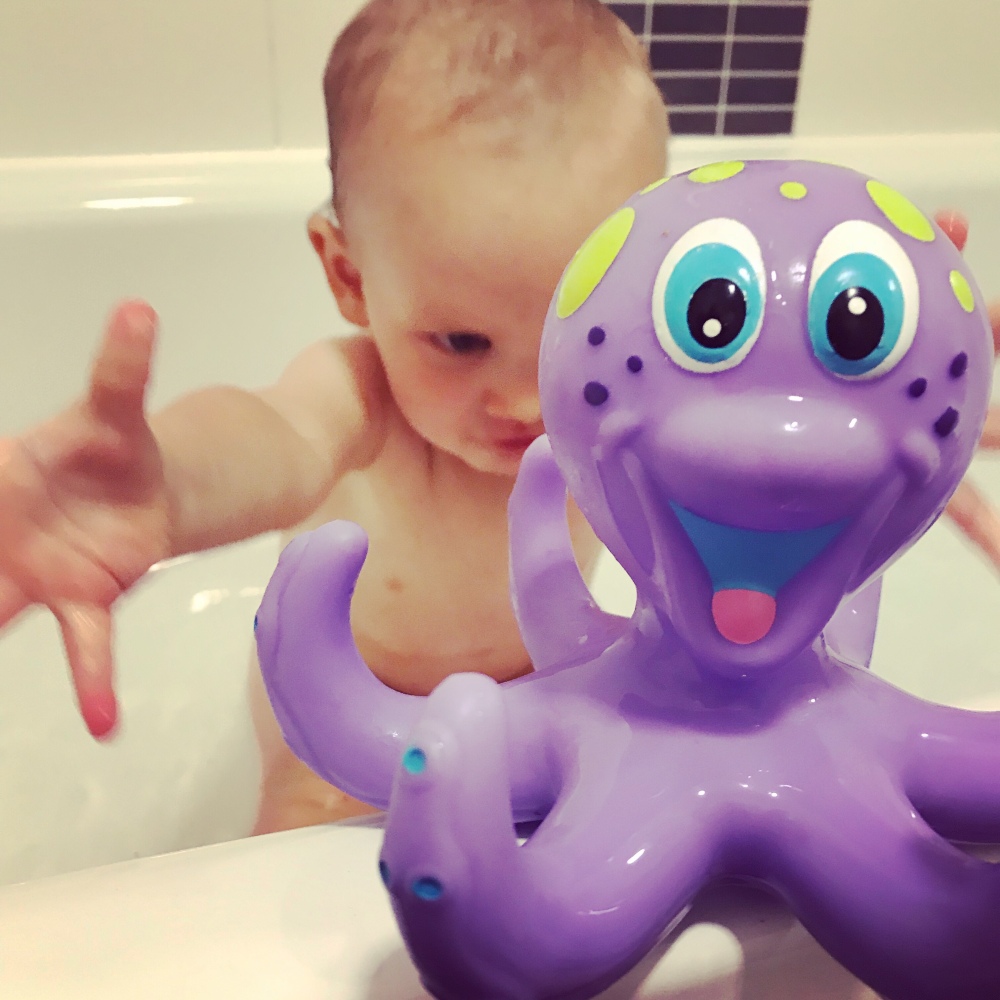 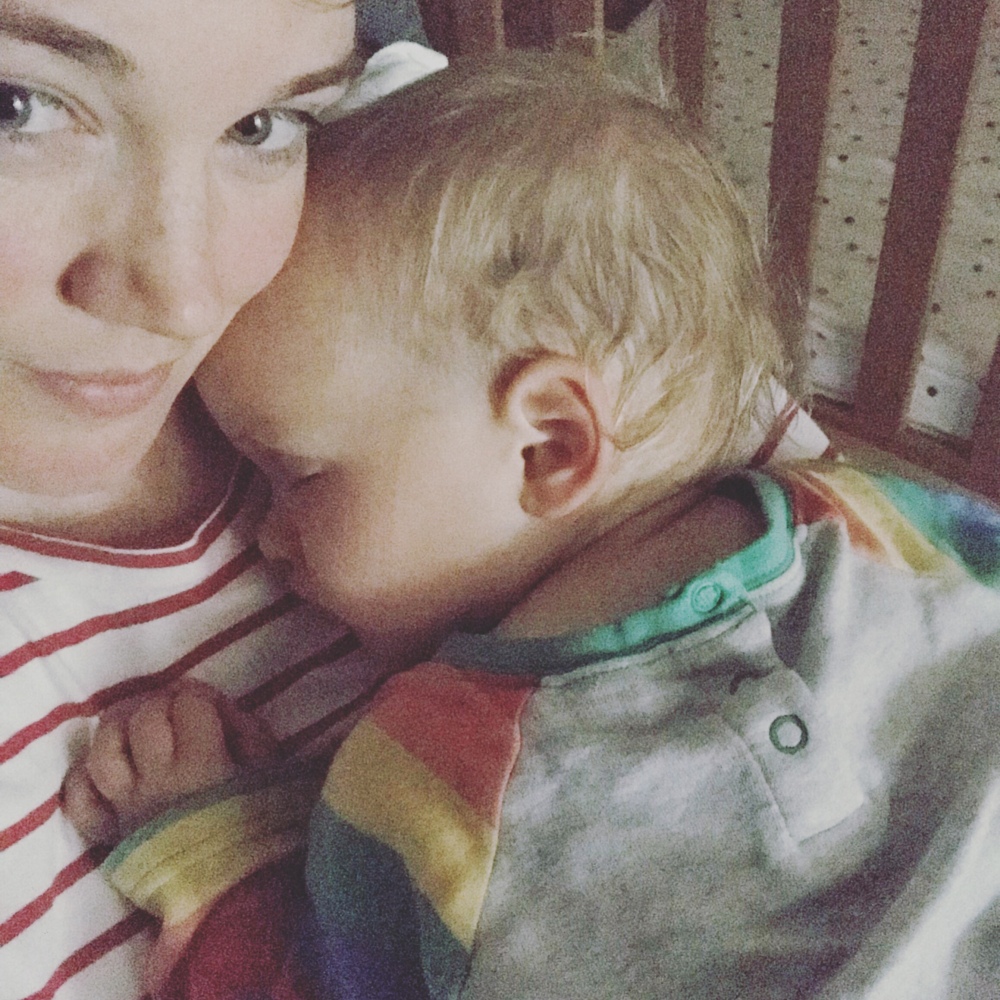 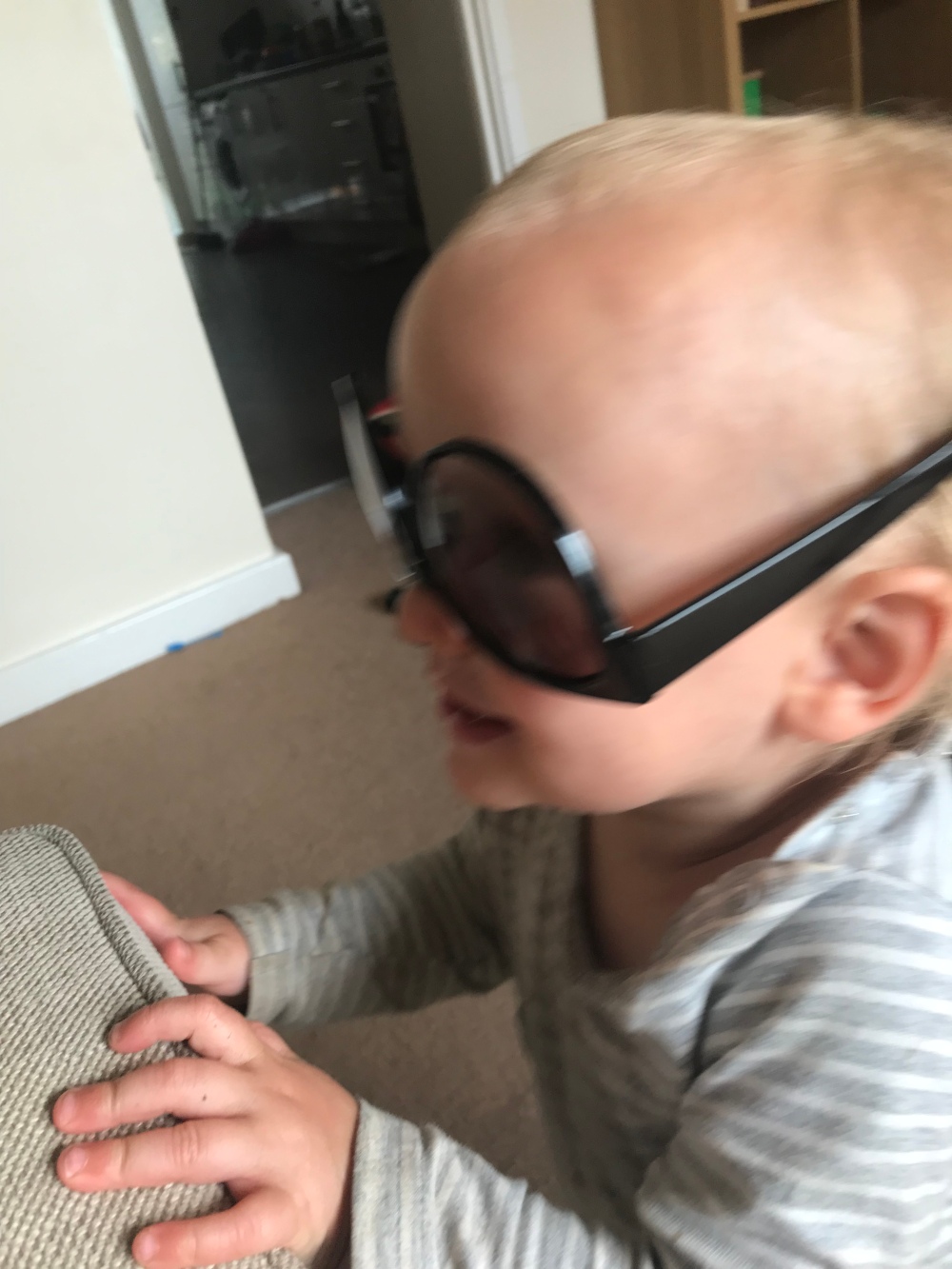